In keeping with its unique role as the only tertiary care hospital in Israel dedicated exclusively to children, Schneider Children’s Medical Center arranges a wide variety of public events throughout the year. These range from professional medical conferences and symposia to charitable events to raise funds for specific equipment, programs or departments. Fundraising events are held under the auspices of the volunteer organization, Friends of Schneider Children’s. 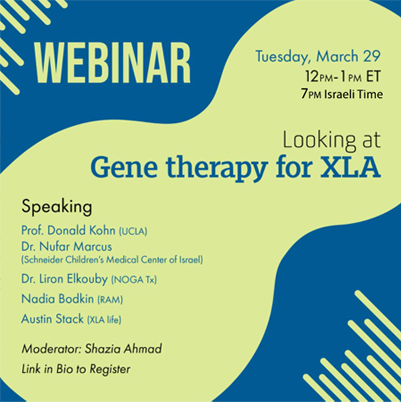 Friday, December 6, 2019: Celiac Conference
The upcoming Conference aims to provide latest updates and findings about Celiac Disease in Children. Under the auspices of the Institute of Gastroenterology, Nutrition and Liver Diseases at Schneider Children’s headed by Prof. Raanan Shamir, the conference will feature a range of leading local and international specialists including Prof. Shamir (Israel), Prof. Riccardo Troncone (Italy), Dr. Carlo Catassi (Italy), Dr. M. L. Mearin (The Netherlands), Prof. Kalle Kurppa (Finland), and Dr. Carmen Ribes Koninckx (Spain). Simultaneous translation will be available. The conference will take place in the Felsenstein Auditorium from 09.00 till 14.00. There is no charge for attendance. Space is limited. Registration via email to kenesceliac2019@gmail.com.

Friday, September 6, 2019: Ophthalmology Updates for Parents
Issues such as damage to eyes from screens; lenses for children; visual problems and attention and concentration disorder; and new therapies for lazy eye will be discussed at the meeting planned between ophthalmologists and parents. Proceedings will take place between 08:30-11:00, in the Felsenstein Auditorium at Schneider Children’s.

The gathering will include a panel of experts who will answer questions and give brief presentations about issues of importance and interest. Among them:

• Children and screens: what damage results when children sit opposite computer/mobile phone/tv screens
• The link between eye disorders and Attention and Concentration Disorder
• New therapies for Lazy Eye Syndrome
• Contact lenses in children

The event is for parents of children of all ages, and aims to broaden knowledge about eye health in children. Specialists from Schneider Children’s will answer questions and expand on topics of interest to parents. Participation is free, although prior registration is requested. Tel: 03-9377199 or via email eyeclinic@clalit.org.il.

Friday, May 17, 2019: Cochlear Implantation for Single Side Deafness
The half-day conference was jointly sponsored by Schneider Children’s and Beilinson Hospital and featured guest lecturer, Prof. Blake Papsin, Head of Otolaryngology at The Hospital for Sick Children in Toronto, Canada, who spoke about SSD in the Context of Vestibular and Auditory Development. Other key speakers included Prof. Joseph Attias, Director of the Institute of Audiology and Clinical Neurophysiology at Schneider Children’s, who presented about the Physiological Aspects of Biaural Hearing, and Prof. Efraim Bilavsky, who shared updates in Congenital CMV.

Wednesday, April 17, 2019: Annual Pediatric Neurology Conference in memory of Dr. Rafi Weitz z”l
The annual conference for parents (named for Dr. Rafi Weitz, former director of the Institute of Neurology at Schneider Children's) included a range of specialists presenting the latest updates in the field.

International Conference on Hemato-Oncology Malignancies
The conference took place in the Felsenstein Medical Research Center at Schneider Children's at the initiative of Prof. Shai Izraeli, Director of the Hemato-Oncology Department and the Head of the Varda and Boaz Dotan Center at Tel Aviv University, and Prof. Farash Vias of Oxford University in England, and with the participation of Mr. David Quarrey, British Ambassador to Israel. The conference aimed to present updates to the scientific medical and research community in Israel and Britain, and to encourage joint scientific and clinical collaboration in the future between Israel and Britain in the research of disease and blood malignancies.

Tuesday, November 6, 2018: Pediatric Rheumatology Imaging Conference
The Unit of Rheumatology at Schneider Children’s hosted the day conference which focused on various imaging modes for a range of conditions such as juvenile dermatomyositis, joint and lung diseases, fasciitis and chronic non-bacterial osteomyelitis. The distinguished guest speaker from abroad was Prof. Vivian Saper, of the Division of Human Gene Therapy at Stanford School of Medicine, USA.

Thursday, October 25, 2018: Seminar in Memory of Dr. Avinoam Rachmel, z”l
The annual seminar in memory of Dr. Avinoam Rachmel included the presentation of an award to Dr. Yehonatan Pasternak, outstanding physician, researcher and lecturer, for his study on “The Era of the Smartphone: Medicine in the Z Generation”. Afterwards, Prof. Shai Ashkenazi, Chair of the Israel Pediatricians Society and Dean of the Medical School at Ariel University, gave a presentation titled “Medical Training – A Unique Challenge”.

Thursday, October 18, 2018: Annual Conference “Everything About Height”
The Institute of Endocrinology and Diabetes at Schneider Children’s organizes an annual gathering to provide updates to parents on a variety of topics. This year the theme concerned growth hormone administered to children with low stature.

March 26-27, 2018: POCUS Workshop
The Department of Emergency Medicine hosted a 2-day workshop for the use of Point-of-Care Ultrasound in the ER. Guest presenters from the USA and Europe demonstrated basic ultrasound applications for heart, lung, FAST and hydration assessment and advanced techniques for ophthalmic, intravenous and local anesthesia applications.


Research Day included lectures, posters' display, awards to young investigators and more. Proceedings were divided into a morning and afternoon sessions at which presentations were made by Prof. Ran Tor-Caspa, Chair of the Helsinki Committee, and Prof. Shai Ashkenazi, Head of Pediatrics A at Schneider Children’s.

Monday, November 13, 2017: Friends Annual Fundraiser
The annual fundraising event hosted by Friends of Schneider Children’s took place in the Smolarz Auditorium at Tel Aviv University under the banner “New Life” to benefit all the children from newborns to adolescents in treatment at the hospital. The evening featured popular artists Ehud Banai and “Parparei HaKetzev” and displayed, for the first time, photographs taken by Ziv Koren who returned after 5 years to take follow-up pictures of children who were hospitalized in 2012.

Thursday, November 2, 2017: Seminar in Memory of Dr. Avinoam Rachmel, z”l
The annual seminar in memory of Dr. Avinoam Rachmel featured two key speakers: Prof Efraim Bilavsky who spoke about Congenital CMV and who also received the Outstanding Physician award; and Prof. Ben Zion Garty who reviewed the story of Eyov. Dr. Rachmel was a specialist in pharmacology and toxicology and a 2007 recipient of Schneider Children's Director's and CEO's Prize. He was a veteran staff member at Schneider Children's and served in his last post as Deputy Director of Pediatrics "A" and Head of the Pharmacology Unit.


Monday, April 3, 2017: Open Night for Spring Allergies
Specialists at Schneider Children’s invited parents and professionals to attend an Open Night (“Everything You Wanted to Know”) which took place free of charge.


Tuesday, January 17, 2017: New Approaches in Psychosocial Therapy
The conference took place under the aegis of the Hemato-Oncology Department at Schneider Children’s, and focus on new approaches in psychosocial therapy for the child with cancer and his family. Guest speaker was a psychiatrist, psychoanalyst and brain researcher, Prof. Yoram Yuval, Head of the Institute of Emotion Research at the University of Haifa.


Wednesday, October 26, 2016: Turner Syndrome Symposium for Parents
The Symposium was organized by the Institute of Endocrinology and Diabetes for parents of girls with Turner Syndrome. Parents received professional updates about the different aspects of the syndrome from the medical, social and psychological standpoints. The event also served to introduce parents to others and learn new coping methods in raising their daughters with this genetic syndrome affecting their growth.


Tuesday, July 12, 2016: Dietary Guidelines for Americans – Focus on Child Nutrition
Guest speaker Steven A. Abrams chairs the AAP Committee on Nutrition and the Department of Pediatrics at Dell Medical School, University of Texas, Austin, USA. The lecture was organized by the Institute of
Gastroenterology, Nutrition and Liver Diseases at Schneider Children’s.


Thursday, April 7, 2016: New Authority for Caregivers Conference
Schneider Children’s 4th annual conference “From Non Violent Resistance towards the New Authority Concept" took place at the initiative of the Parental Authority Clinic headed by clinical psychologist Idan Amiel. The conference focused on three topics: Therapeutic Techniques and Management of Avoidance and Withdrawal in Children and Youth such as refusal to attend school and over-use of the computer, Treatment and Dealing with Violence in Schools, and Training for Therapists in Boarding Houses and Inpatient Institutions in Europe Regarding Violence.


Wednesday, February 17, 2016: Annual Growth Hormone Conference
The annual conference was hosted by the Institute of Endocrinology and Diabetes headed by Prof. Moshe Phillip and organized to provide updates for patients, families and the general public.


July 5-7, 2015: Lorna Ramos Course for Erb’s Palsy
Physical Therapy Services in cooperation with the Pediatric Orthopedics Unit at Schneider Children’s organized a 3-day Lorna Ramos course to enhance the professional skills of occupational and physical therapists and that focused on Erb’s Palsy. The Lorna Ramos course was created to honor the memory of the late Lorna Ramos OTR/L, MA, a distinguished occupational therapist who spent the majority of her professional career caring for children with Brachial Plexus Birth Injury. The course was conducted by experts in brachial plexus birth injuries from Miami Children’s Hospital headed by Dr. John Grossman.

June 3, 2015: Headaches in Children and Youth Conference
In collaboration with the Bnai Zion Medical Center, a conference on Headaches in Children and Youth was hosted by the Headaches Clinic and Day Care Hospitalization Department at Schneider Children's. Guest speaker, Prof. Ozge Aynur, Professor of Neurology, Pain and Clinical Neuropsychology at the Mersin University School of Medicine in Mersin, Turkey, made two presentations concerning“Migraine as Independent Stroke Risk Factor”, and “Case Management Diagnosis of Pediatric Headache”.

April 12-13, 2015: ER Ultrasound Workshop
The professional workshop for the use of Ultrasound in the Emergency Medicine Department offered instruction in basic applications for heart, lungs, FAST and hydration rate, as well as advanced use for cornea and optic nerves, intravenous insertion, local anesthesia under sonar, and more.

March 30, 2015: Rami Kleinstein Benefit Concert
Friends of Schneider Children’s hosted popular Israeli singer, Rami Kleinstein, and his band. All proceeds from ticket sales were dedicated towards the construction of the hospital’s Neonatology Department in the new Southern Wing.

May 20, 2015: Pediatric Neurology Workshop for Dr. Rafi Weitz z”l
The Institute of Neurology at Schneider Children's hosted its annual workshop for parents in memory of Dr. Rafi Weitz, former director of the Institute. Guest speaker was Dr. Ganesh Mochida of Boston Children’s Hospital’s Genetics Division, who made two presentations on Microcephaly and Genetic Disorders of the Cerebellum.