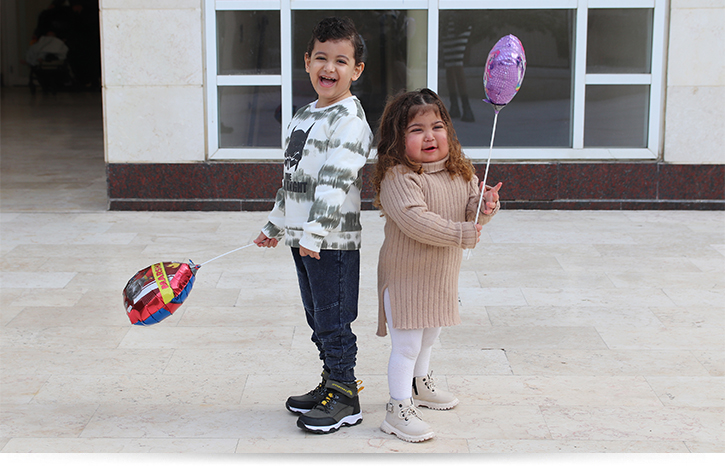 Libi and Ahmed after the transplant


The festival of Channukah at Schneider Children's began with a moving meeting between Ahmed and Libi, two children who were hospitalized simultaneously for a long time in the Cardiac Intensive Care Unit at Schneider. Both had been connected to an artificial heart machine in anticipation of a human heart transplant; and now both have undergone the long-awaited operation giving them a new lease on life.

Ahmed Mahmud Ali, aged 4, and Chaya Libi Giladi, aged 3, arrived at Schneider Children's both suffering from chronic cardiac dysfunction. Their lives depended upon the "Berlin Heart" – an artificial heart in a suitcase that served as a bridge until a human heart became available. Three months ago, Libi underwent a heart transplant thanks to the courageous decision of the parents of 3-year-old Fuad who was tragically killed in a road accident. In a moving event at Schneider Children's in the presence of hospital management and the medical team who treated Libi throughout her hospitalization, the parents of Libi met the parents of Fuad, whose heart now beats in Libi's chest.

In recent weeks, excitement grew at Schneider when news arrived of the availability of a heart, kidneys and liver for life-saving transplantation. The donation resulted from the brave decision of parents who, in their most difficult hour following the death of their 7-year-old son killed in a traffic accident, agreed to donate his organs.

During the marathon of transplant surgeries that followed, Ahmed received the heart. An 18-year-old received one kidney. He had undergone dialysis for many years at Schneider and had been waiting for a repeat transplant. The second kidney was transplanted into a 14-year-old who had just celebrated her birthday and who had also undergone a previous transplant. A 9-year-old who suffered from biliary atresia received the liver. She suffered from a congenital defect causing blocked biliary ducts and had undergone her first surgery at the age of two months. However, her condition had recently deteriorated due to an infection in the bile ducts and blocked vessels.

Schneider Children's is among the few pediatric centers in the world able to conduct marathon organ transplantations one after the other within a short space of time. This requires meticulous and speedy coordination at the 11th hour following the donation of several organs from one donor, and the mobilization of scores of personnel to perform the series of operations. Since the news of an organ donation is always sudden, hospital teams must be able to respond with alacrity at any hour of the day or night. Teams comprise the operating rooms, pediatric organ transplant surgeons, anesthetists, ultrasound technicians, intensivists and more.

Schneider Children's performs the majority of organ transplants in children in Israel. Since its inception, more than 700 transplantations of heart, lungs, liver and kidneys have been conducted in infants, children and adolescents with rates of success on a par with leading medical centers around the world. 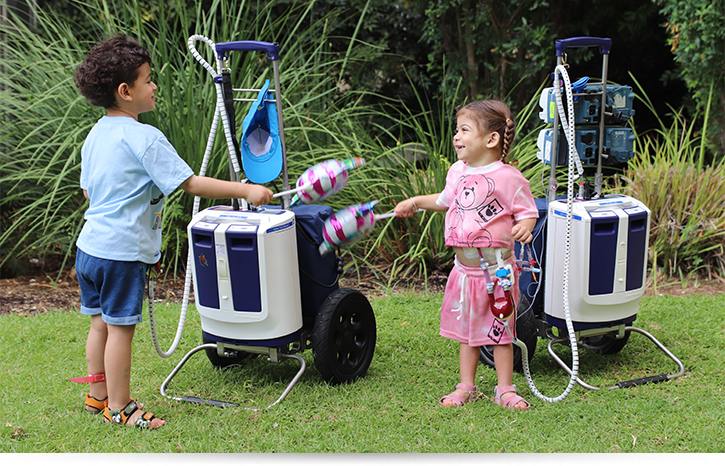 Libi and Ahmed before the transplant