Under the banner "Come Win With Us", the event took place in the presence of the President of the State of Israel, Mr. Yitzhak Herzog and his wife, Michal, and the participation of the Minister of Health, Mr. Nitzan Horowitz, Chair of Clalit's Board of Directors, Mr. Yochanan Locker, Clalit CEO Mrs. Ruth Ralbag, and the Schneider Family. Prime Minister Naftali Bennett, who was unable to attend, sent a taped greeting that was screened during the evening.

As part of the festivities, there was a moving presentation on stage when past patients of Schneider Children's over the years appeared alongside the medical teams which had treated them, while short videos of each of their personal stories of victory were screened simultaneously. Also, an exciting exhibition of documentary photographs was on display, taken by photographer Ziv Koren. He had returned to Schneider to document children – some of whom are now adults - whom he had photographed years before while they were undergoing treatment in the hospital.

The artistic portion of the event featured top Israeli artists including Shlomi Shabbat, Miri Masika, Harel Sakaat and Gali Atari, who were accompanied by the Raanana Symphonette, rendering an outstanding salute to the one and only children's hospital. Videotaped greetings which were especially recorded by other key artists were shown and included Tzippi Shavit, Gal Gadot, Noam Horev and Yuval Samo.

Dr. Efrat Bron-Harlev, CEO of Schneider Children's, noted that "we are marking the 30th anniversary of Schneider Children's, our one and only. Indeed, thirty years of all-encompassing activities and leadership in pediatric medicine. Although no longer a child, but, as always, a central magnet in pediatrics and hope for every child from all over the country, and beyond. We are so proud of Schneider's history, its huge impact on the change that took place with its establishment, and for its leadership in the realm of pediatric medicine in Israel. Our vision was and still is to provide to each one of our young patients and their families with "above and beyond" – the finest care possible with the added value that only a hospital like Schneider Children's can give. I would like to thank everyone who came to celebrate our "Come Win With Us" gala and enjoy our small and large triumphs which accompany, and will continue to accompany our efforts in the years to come." 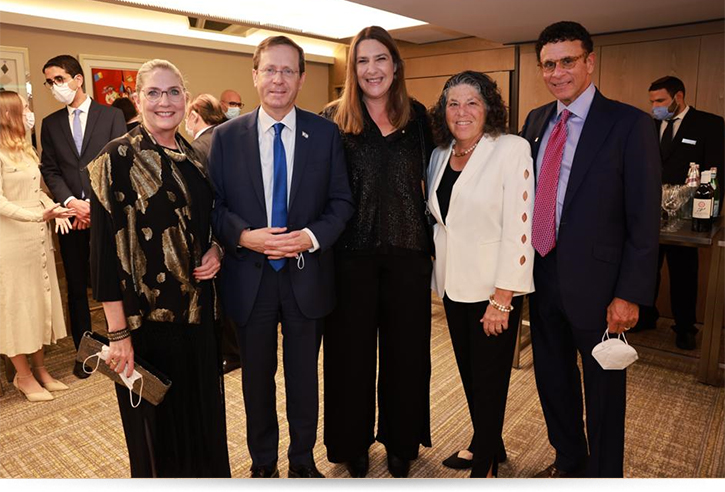