Two grants were awarded to Schneider doctors recently: NIS1.5 million to Dr. Orit Waisbourd-Zinman towards Biliary Atresia in Newborns, and NIS3.5 million towards the Genetic Basis for Diabetes Type I in which Prof. Liat de Vries is participating
Date: 10.08.21 | Update: 19.08.21 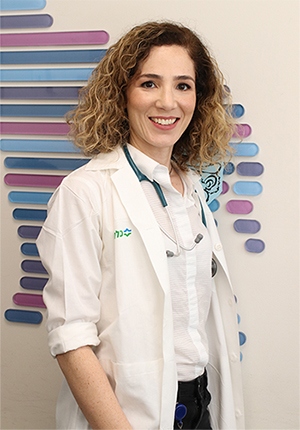 The Israel Science Foundation's grant for 2021 to the tune of NIS1.5 million was awarded to Dr. Orit Waisbourd-Zinman of Schneider Children's towards research that she is leading concerning "The Damage Processes and Rehabilitation of Bile Ducts in Newborn Biliary Atresia". This is Dr. Waisbourd-Zinman's second grant from the ISF. Her previous grant award in 2017 concerned her research into liver diseases.

The aim of the current research is to study the damage processes of the bile ducts through samples taken from bile ducts of the patients themselves and grown in special cultures under lab conditions. This follows a finding by researchers which showed that learning about the damage processes can significantly affect the rehabilitation process. Repairing the damage can prevent deterioration which leads in most of the cases to a liver transplant. The research is being conducted in a lab dedicated to the study of childhood hepatic diseases in the Felsenstein Medical Research Center alongside Schneider Children's in cooperation with Dr. Adi Har-Zahav and Dr. Sophia Fried.

Dr. Waisbourd-Zinman stated that "biliary atresia (bile duct blockage) in newborns is a disease where infants who are just a few weeks old are diagnosed with jaundice and extrahepatic (outside the liver) bile duct blockage. It is the leading reason in Israel and worldwide for the need for a liver transplant in children. The cause of the disease is unknown for which there is no known effective treatment today, except for surgical removal of the extrahepatic ducts. The operation does not have high success rates and in most of the cases a liver transplant is needed at a later stage. I am pleased and proud to receive this grant which will accord better understanding of the disease and the rehabilitative process of the bile ducts, which I hope results in good news for sick children in the future."

An additional grant from the ISF in cooperation with the Juvenile Diabetes Research Foundation (JDRF) in the amount of NIS3.5 million was awarded to the research study: "Identification of the Genetic Basis for Type I Diabetes in Families with Several Sufferers, Who Belong to Characteristic Ancestral Genetic Populations". Prof. Liat de Vries of the Institute of Endocrinology and Diabetes at Schneider Children's is participating in the study alongside other researchers, Prof. David Chaim Tengen from Hadassah Medical Center (lead investigator), Dr. Dani Zeevi from Hadassah College and Prof. Efrat Lahad-Levy from the Genetic Institute at Shaarei Zedek Medical Center.

In the planned study, the researchers will try to discover the genetic causes for Diabetes Type I, the most common chronic disease in children. Their findings will contribute towards the understanding of the disease's mechanism, develop tools for treatment and perhaps even prevent the disease.