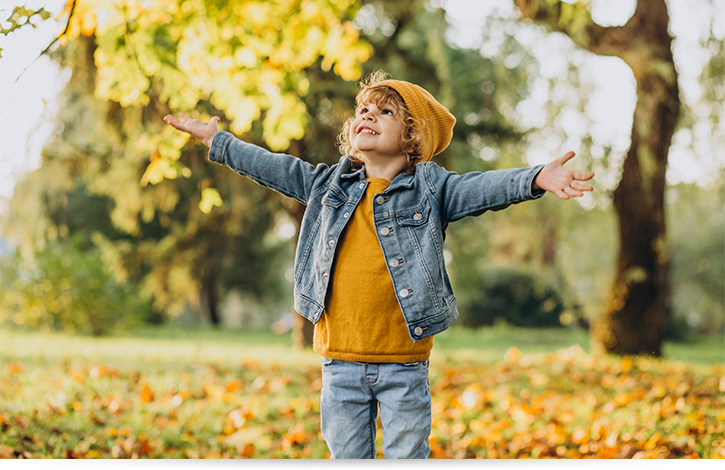 Every winter, prior to the onset of the corona pandemic, there is a seasonal outbreak of flu and other bacterial infections so that within a short period of a few weeks, a significant percentage of the population is ill with a virus with various complications. Flu and its complications are more common among children than adults, and children frequently are the "purveyors" of infection.

Prof. Eli Bilavsky, Director of the Infectious Diseases Unit at Schneider Children's, emphasizes the importance of annual flu vaccinations and recommends what to do to minimize as far as possible recurrent flu episodes in children during winter.

Flu Vaccination for Children:
The flu vaccine is not part of standard inoculations given by the State, but the Ministry of Health recommends vaccination for every child, every winter. The effectiveness of the vaccine differs from year to year, but even in a year with low efficacy (50%-70%), those with the vaccine are less affected. In order to ensure that bacteria do not “enter” your home, it is best to vaccinate everyone in the family over the age of 6 months. The vaccine is safe whether administered via injection or by nasal spray. Even if the vaccine does not grant 100% protection, it does provide some defense which is unobtainable any other way.

Routine Inoculations:
The State has a broad-sweeping program for routine inoculations, which have proved most effective on the one hand to prevent disease, and the safest method for the population on the other. Therefore, it is highly recommended that children receive all their required vaccinations. Over recent years, it has become common to separate routine inoculations to reduce their side-effects. This policy has led to a delay in the administration of necessary inoculations especially critical in the first year of life. In addition, during the pandemic and for many objective reasons, there has been a decrease in the rate of routine vaccinations in Israel. It should be noted that inoculations should be administered at the right time and only postponed due to illness with fever. Mild symptoms such as a runny nose, cough or sore throat are not reason enough to postpone mandatory inoculations.

Back to School:
Sending sick children to school must be avoided. One sick child can infect a number of other children causing a cycle of infection that it difficult to stop. If every parent would undertake not to send their sick child to various educational institutions, there would be less cross-infection and fewer sick children.

Pediatric Clinic Visits:
Doctors’ clinic waiting rooms in general, and those at pediatricians in particular, are invariably full during winter with sick and contagious children. Some respiratory viruses are airborne and some are transferred by contact including contact with surfaces where viruses can remain for a long time. Therefore, any unnecessary visit to the clinic should be avoided as far as possible. A doctor should be consulted immediately for high fever, sickly appearance, vomiting, recurrent diarrhea, or unclear rash. Remember that the use of various digital tools can assist the pediatrician in evaluating the patient from afar. Proper use of these tools means that children, who do not have to be physically present in the clinic, do not need to go there on the one hand, and sick children who do require a physical examination by the doctor can be seen and examined in time on the other.

Infection Prevention:
Hands should always be washed with soap and water after any diaper change, going to the toilet and of course before any contact with food. Families with small infants at home should ensure hands are washed before touching the baby and older children should be instructed accordingly. Direct contact with the infant should be avoided if there is a sick family member, and the home kept well aerated.

Proper Use of Antibiotics:
Most illnesses during winter are viral where antibiotics are ineffective. Moreover, it has been proven that the administration of antibiotics during the child’s first year raises the risk of infection at an older age (intestinal infections, asthma, and more). However, should a pediatrician prescribe an antibiotic for an infant, this must be administered as directed.

Vaccinations for Pregnant Women:
The Ministry of Health recommends that all pregnant women receive both flu and corona vaccinations, and from the third trimester, also for whooping cough. The aim is to protect the mother from disease and allow the fetus to produce antibodies passively from his mother (via the placenta during pregnancy, and nursing after birth).

Breast Feeding:
The advantages of breast feeding have been well-proven in the prevention of infection in tender infants during their first year of life. A nursing mother passively passes antibodies against many infections through her milk. Even partial nursing promotes protection against infections during winter: Nursing should not cease and where possible, extended until the spring.

Starting Kindergarten During the First Year:
Where possible, the child’s entry to kindergarten should be delayed until the spring. It is important to note in advance and understand that starting the under one-year-old in kindergarten during winter means almost certain infection of the infant from viruses and bacteria. A postponed start during the warmer months will delay the appearance of childhood diseases till a later stage when the child will be better able to cope.